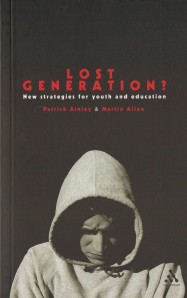 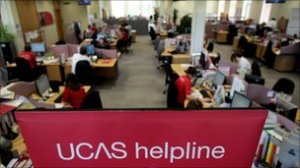 As expected, the 2010 A-level results show  increases in entries and pass rates, but also a further drift towards traditional or ‘hard’ subjects, like maths and economics,  at the expense of  those such as  law and  business Studies, now regularly denounced as ‘soft’ or ‘inappropriate’ for  entry to top universities.   Statistics also show a sharp fall in numbers taking the Applied A-levels which replaced the GNVQs, but which never really enjoyed the status as ‘proper’ A-levels. In other words students are increasingly choosing subjects on the basis of their currency, thinking about what they are ‘worth;’ rather than what they might like studying most. Learning what they have to, rather than what they think they might need to.

The 2010 results also show that even if 1 in 12 students has managed to obtain the new A*  these went to 17% of candidates in maths and almost 9% in economics, compared with 5.5% in law and less than 4% in business.  More significant is the disproportionate number of A*s earned by students in different institutions. Independent schools averaged almost 18%, grammar schools 5.5% and comprehensives under 5% – resulting in Schools Minister Nick Gibb warning that the system   was “one of the most divided in the world.” (Independent 20/08/10)  He should know!

This unequal distribution of A*s may  slow down the number of  elite schools ditching A-level in favour of the Cambridge Pre-U  or the International Baccalaureate, but it won’t stop the further fragmentation of the education system as these schools increasingly seek to differentiate themselves and parents who can afford to,  continuing to pay the price.

With demand for university places far outstripping the supply, one might assume that disgruntled A-level students   might join the thousands of young people who have already fallen out of academic learning and signed up for ‘vocational alternatives’ or apprenticeships. But the fact that these are even less likely to lead to a job means that for the time being, cramming for A-levels and then queuing for university continues to be seen as the only option by most. Though suffering a serious credibility crunch, the A-level bubble has yet to burst, the question remains. What next?

2 thoughts on “Still trying to answer the A-level question”