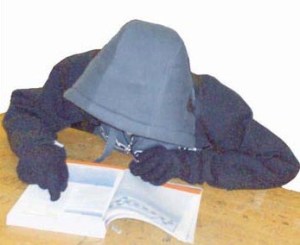 With no end to the recession and unemployment rising, what of New Labour’s promises of increased opportunities for those prepared to become more qualified?

The current generation of young people is not only the most highly educated but it is also likely to be the most disappointed, as the mismatch between what it assumed it could look forward to and the stark realities of the labour market become so apparent.

In economic downturns young people are always affected the most and sadly the current recession is no exception. Even by the start of this year over 600,000 in the 18-24 age group were estimated to be out of work – well over 15%, while the Guardian (24/03/09) reported unemployment amongst 16-17 year olds approaching 200,000 – almost 40% of those ‘economically active’.

In these hard times it clear that New Labour’s ‘standards agenda’ in schools, like the ‘skills agenda’ in further education, is not only proving to be  inadequate but questions also need to be asked about whether it will be enough to motivate young people to continue with their studies.

For many young people, ‘education’ is increasingly like running up a down escalator is evident in the fortunes of the current generation of graduates, either facing unemployment or more likely ‘underemployment’ – taking jobs for which they are overqualified. Studies show that despite piling up a lifetime’s worth of debts, well over a third of graduates don’t consider they are in ‘graduate jobs’.

Of course, the crisis in graduate employment has a knock on effect on young people as a whole; graduates taking jobs that are usually open to those educated to A-level starts a domino effect where those only able to obtain basic qualifications are destined for a life of ‘Mcjobs’.

As government rhetoric about new diplomas and promises to increase the number of ‘apprenticeships’ fail to impress, the economic downturn gives teacher trade unions like the NUT and UCU – also committed to improving the education and opportunities of the young people their members teach – the chance to promote alternatives that break the ‘education for employability’ culture which dominates learning and to replace the ‘business model’ by which schools, colleges and universities are organised.