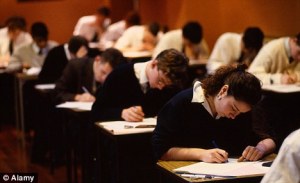 Michael Gove’s call for increased involvement by elite universities in formulating A-level examination questions attracted both media attention and considerable controversy,  yet it’s  consistent with Gove’s more general intentions for A-level – replacing modular assessment with end of course examinations, ranking some subjects above others in terms of difficulty and reducing the importance of ‘process’ skills in favour of  more emphasis on content. Proposals that first surfaced in the 2010 White Paper The importance of Teaching.

Gove maintains his prime concern is about the way current   A-levels do not prepare students for university study and he is able to enlist the support of academics in this – with some apparently complaining that they have had to change the way they taught (!)

The real issue for Gove is more fundamental. The pass rate and more significantly, the number of top grades now being achieved is too high. A-levels, indeed education in general, needs to be returned to its traditional purpose –limiting the success rates of the majority and protecting the interests of the minority. This is particularly appropriate as student aspirations become less and less realisable in a shrinking labour market.

Making the hoops harder to jump through may provide some temporary respite;   but it won’t, as a recent survey by the Association of Teachers and Lecturers shows, stop schools and colleges pushing students to ‘breaking point’ in the struggle to keep up (www.independent.co.uk/news/education/education-news/teachers-admit-fiddling-results-as-pupils-crumble-under-pressure-of-exams-7606809.html)