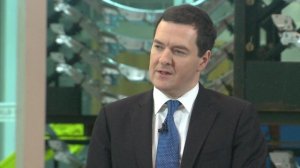 Though primarily outlining plans for more austerity and further  reductions to welfare in the next Parliament, (http://www.bbc.co.uk/news/uk-politics-25617844)  George Osborne  used  the final part of today’s speech at a west Midlands factory to prop up the Coalition’s education policies.

Once again emphasising  the importance of the Academies and Free School programme in raising standards, despite huge evidence to the contrary;  Osborne also pointed to Michael Gove’s exam reforms  as being necessary to restore ‘rigour’ –even if  some of his allies at the CBI have attacked the way schools have been turned into ‘exam factories’ and called for more general and ‘all round’ education  (www.bbc.co.uk/news/education-20355664). But Osborne also cited the increase in apprenticeships and the removal of the university admissions cap as further examples of promoting skills and raising aspirations.

Provisional data for 2012/13 does indeed show another 500 000 apprentice starts (the government also claims 1.5 million starts since it came to power) but rather than raising skills, two thirds of these were at Intermediate (GCSE equivalent) level,   a  standard 80% of the population is already qualified to. By comparison, there were just 9000 new Higher Level  apprenticeships   –seen as the ‘high skills’ alternative to university.  What’s more, over 40% of apprenticeships were started by people 25+ (in some cases firms have simply regraded existing workers so as to secure training funds).

Rather than raising aspirations,   ending the cap on university recruitment is designed to promote further competition between providers. The most likely winners being those in ‘the middle’ recruiting extra students at the expense of those in the Million +  group of ex polytechnics. Thousands pf young people are already pushed into paying an astronomical  price to attend university in the absence of any real alternatives  and it’s likely that applications are nearing saturation point;  with  500 000 given places  last year and provisional UCAS figures showing a small fall in applications so far for this   (http://www.ucas.com/news-events/news/2014/2014-cycle-applicant-figures-december).

So with Gove maybe keeping a low profile after his First World War history gaff, none of what Osborne says amounts to anything more than nonsense