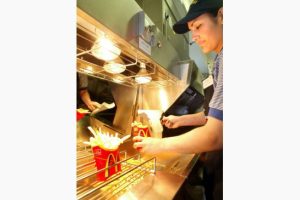 Newspapers have reported research findings from the Intergenerational Foundation on how young people’s prospects continue to worsen compared to other sections of the population.

For the Foundation, young people are now the ‘new poor’ – facing  higher levels of unemployment than adults, suffering significant declines in wages and having to spend growing proportions of their income on housing and other daily essentials.

According to the British Chamber of Commerce for example, young people under-25 are three times as likely as adults to be unemployed (http://www.britishchambers.org.uk/press-office/press-releases/budget-submission-spark-investment-young-people-secure-britains-future.html), while ONS  statistics show how the decline in earnings for young people in the 18-21 age group, with only a minimal increase for 22-29 year olds since 1997, can be contrasted with a 25% growth in real incomes for those over 50. Young people also make up the bulk of ‘generation rent’ –with one third of young men and a quarter of women still living with parents in into their 30s. (www.theguardian.com/money/2009/apr/15/children-living-parents-office-national-statistics).

It’s wrong however, to see ‘intergenerational’ divisions as being more important than traditional class divisions, or to accuse the ‘baby-boomer’ generation for having too much. Instead, we can only explain the experiences of young people by looking at more general changes in society and in particular, more general changes in the labour market – the decline of ‘permanent’ employment and loss of what used to be a ‘youth labour market’. Rather than a ‘knowledge economy’, the growth of a service sector economy generates low-paid, low-skilled and often part-time employment, where the minimum wage is becoming the going rate and where trade union representation and ‘collective bargaining’ is restricted to the few. Despite the much touted expansion of ‘self-employment’, the reality is that most newly self-employed people earn far less than they did previously. New economic conditions now mean that many people find themselves becoming part of a new poor. Class divisions may be recomposing but they are still paramount.

It’s also misleading to see the problems faced by the current generation of young people as being primarily the result of the recent economic downturn. The recession has accentuated these changes resulting in a situation where it’s highly likely that each successive generation will be poorer than the previous one despite being better ‘qualified’ than the previous one. In these circumstances, education cannot deliver upward social mobility save for an exceptional few, while for the majority the only absolute social mobility is downward. Like Alice through the Looking Glass, most young people have to run faster and faster just to stand still – like running up a down-escalator.

Instead of a new youth or intergenerational politics as some now espouse (eg. www.lwbooks.co.uk/ebooks/Regeneration.html), existing political organisations and parties, particularly those that claim to be ‘left wing’ or ‘socialist’ need to seriously re-adjust to these  changing conditions. As argued (Allen and Ainley 2013; 111  www.radicaledbks.files.wordpress.com/2013/09/great-reversal.pdf), in relying on the power of social networking, the current generation of young radicals may have little time for the traditional campaigning activities of their parents’ generation, but  the power of young people to act as an independent force is questionable and a new youth politics will still need to use old alliances.