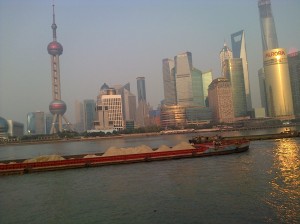 (due to appear in Education for Liberation Journal of the Socialist Teachers Alliance, NUT Conference  April 2014)

Though his right-wing ideological credentials cannot be disputed; Michael Gove also continues to justify many of his curriculum changes in the context of the UK’s declining international economic performance and says we should import learning practices of economically high performing countries for inspiration, particularly those in East Asia, if UK economy is to ‘compete’.   As the 2010 White Paper The Importance of Teaching made clear.

‘…the emphasis on effort is particularly marked in the Confucian-heritage countries such as China, Hong Kong SAR, Singapore, South Korea and Taiwan. The assumption here is that deep engagement with subject matter, including through memorisation where appropriate, leads to deeper understanding.’ (8.6) and ‘Hong Kong… as with South Korea and Singapore also operates with a curriculum model focusing on “fewer things in greater depth”.’ (8.10)

This theme has continued unabated throughout Gove’s offensive. Launching the new National Curriculum that requires 5 year olds to calculate fractions, 9 year olds to recite 12 times tables and 11 year olds to memorise poetry, Gove told ITV’s Daybreak (08/07/13), ‘I want my children, who are in primary school at the moment, to have the sort of curriculum that children in other countries have, which are doing better than our own.’

Despite Gove’s claims that officials in the Department for Education have spent years examining and analysing the curricula used in the world’s supposedly most successful school systems, this type of comparative justification has always been highly selective and compares very different traditions of education, including those requiring pictographic characters as opposed to phonic literacy! As Kevin Courtney, NUT Deputy General Secretary has emphasised.

‘Several successful international systems are quoted as the inspiration for the new curriculum but only one of these (Massachusetts) has the same school starting age as England. The rest start at 6 or 7, undermining the argument that more demanding content should be presented to children earlier. In fact, the opposite should be the case. The Secretary of State also quotes Finland at a time when Finland is taking a different direction for its curriculum by emphasising critical thinking over factual content, boosting cross-curricular themes and reducing content to give more time to learning.’ (http://www.teachers.org.uk/node/18815)

Even Sir Michael Barber, architect of many ‘school improvement’ reforms during the last two decades, has warned about the dangers of copying policy on the hoof (Guardian 22/8/12). Barber also pointed out that, as policy makers in the Asian Tiger economies recognise their economic systems need to become ‘more innovative’ and their schools ‘more creative’, some of the countries held up by Gove are looking to European education systems for inspiration. Oxford University researchers have also argued that international test data as a whole cannot be taken at face value and are extremely limited ways of measuring a country’s educational standards, or that there’s no evidence that ‘modular’ courses are less demanding than those with ‘final exams’(www.oucea.education.ox.ac.uk/research/recent-research-projects/research-evidence-relating-to-proposals-for-reform-of-the-gcse/) –and less than three months after Gove had published his proposals for Key Stage 4 reform, other ‘global league tables’ published by the multi-national education supplier Pearson and compiled by The Economist Intelligence Unit, ranked the UK sixth best in the world, although Finland and South Korea remained first and second.

Despite this and in response to publication of another round of PISA tables, dominated by East Asian countries, a delegation of headteachers under the leadership of Schools Minister Elizabeth Truss, were promptly dispatched to discover the ‘secrets’ maths teaching in Shanghai ( even if performances in Shanghai are not considered reflective of China nationally) and Chinese maths teachers are being recruited to help us ‘raise standards’.

The top five PISA performers in maths (and reading) may be in East Asia (South Korea tops the overall OECD list, Finland trails in sixth) but there are harrowing reports about the pressures imposed on young people in these systems, in South Korea in particular, where ‘double shifts’ are put in and huge amounts spent on private tuition (www.bbc.co.uk/news/education-25187993) .   Rather than just focussing on the statistical outcomes, it’s important to question the basis of what counts as ‘education’ in the PISA leaders. Most UK children, regardless of their performance level, would not be prepared to tolerate this sort of environment and few parents would want them to anyway. The economic achievements in South Asia cannot be disputed, but like with all countries the contribution made by education is just one aspect and we need to look to a variety of factors, social, political as well as economic for explanations – it’s even suggested that Chinese students perform better at maths because of the more logical nature of Mandarin characters!

The ‘education fever’ of Chinese and South Korean parents is as much a consequence of the rapid economic changes in these countries as it’s a cause, but despite booming growth rates and the increased opportunities for upwards social mobility into professional and managerial employment however, large numbers may still be disappointed, even more so if East Asian economies begin to slow down.

But quite astonishingly, Gove also argues that re imposing memorisation and rote learning will improve rates of social mobility, maintaining that state comprehensives, unlike the old grammar schools, have denied youngsters access to the ‘core knowledge’ about society, therefore preventing more disadvantaged children from ‘getting on.’ It’s true that rates of social mobility have declined, even gone into reverse, but this has more to do with changes in the labour market, with many young people finding there simply aren’t enough jobs available for the qualifications they have been encouraged to gain.

Education cannot ‘right’ society’s inequalities and it certainly can’t, at least by itself, be held responsible for the difficulties young people face in securing secure employment opportunities. With only 1 in 5 employers saying they actively try recruit young people, with 4 out of 5 of new jobs created since the economic downturn, being classified as ‘low waged’ and a third of recent university leavers reporting they are in work for which they are ‘overqualified’ it’s the economy that has failed education, not falling standards in schools,. The real problem for Michael Gove is that comprehensive education has been too successful, so opportunities need to be restricted. In otherwords, he wants an education system that’s primarily designed to maintain social divisions, one based on social control, not social aspiration –where social mobility is only available to the few.

Gove has claimed ‘unprecedented interest’ in his curriculum proposals. There certainly has been; yet much of it continues to be both critical and damning. It is also clear that Gove is not prepared to listen to the views of organised teachers and that he considers university departments of education to be run by a Marxist ‘blob.’ But with poll after poll continuing to show that parents see teachers as the people who know most about the curriculum, not government ministers, opportunities to involve parents in a general campaign around both teaching and learning, alongside support for the industrial action, can only grow.

One thought on “East Asian Illusions.”