The UK is not an industrial economy in the traditional sense, despite what some politicians try and persuade us -remember George Osborne’s ‘march of the makers’. Like other countries, the proportion of the GDP devoted to manufacturing has dwindled as consumers become richer and spend a larger proportion of their income on services.  Though it is also true that the process of ‘deindustrialisation’ has been more acute and taken place more quickly than elsewhere. 50 years ago, around 8 million people were employed in manufacturing and the sector absorbed about a third of school leavers. Even as recently as 1982 the sector continued to employ 22% of the workforce. Today 2.6 million earn a living working in manufacturing – barely 8% of all workers, while the sector contributes 10% of national output –down from 14% in 1997.

The decline of manufacturing has been blamed on specific events, or even specific people – for example, during Mrs Thatcher’s first term of office, almost 1 in 4 jobs in the sector disappeared, while more recently, ‘deindustrialisation’ has been linked to the increased ‘outsourcing’ to countries with lower labour costs –  President Trump has pledged to both reintroduce protectionism and to punish American companies that relocate abroad. Unlike in other countries, UK manufacturing has also been hindered by the lack of any real national Industrial Strategy, or anything resembling a National Investment Bank.

Despite all this and despite representing a declining share of GDP, the UK continues to be the world’s 11th largest manufacturing nation – and ONS figures show UK industry has continued to increase on average by about 1.5% a year since 1948 with the sector still accounting for 44% of all exports. Productivity growth in the manufacturing sector has also been stronger than in most other sectors (3.4% compared to a 0.2% increase for the economy generally). Advanced production techniques, mean that three cars roll off the UK’s production lines every minute and output in 2014 was 25% than in 1990, yet employment has fallen from 502,000 in 1971 to the current total of 142,000.

The main reason for both the increase in productivity and the decline of employment in manufacturing has been the introduction of new technology. According to 2015 survey by the Manufacturer on-line journal, 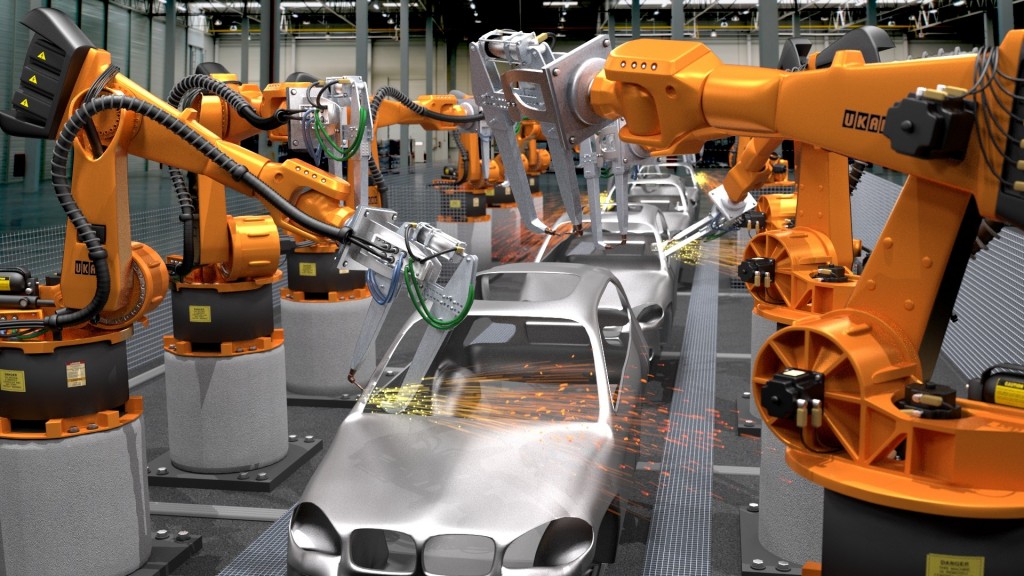 little under half of respondents said that they are in the process of implementing a major project, and 21% said that they last did so in 2014. This means that just under two-thirds of UK manufacturing businesses committed to major automation projects in the past two years. Investment in information and communications technology (ICT) continues an upward trend; 61% said they are spending more that year than last.

Even so, the speed at which automation will be introduced should not be overstated – investment in robotics by British manufacturing companies for example, continues to trail that elsewhere. Governments have continued to complain about a shortage of skills, but the number of apprenticeship vacancies posted by the manufacturing sector in 2015/16, was under 30 000 – the majority of these being at a relatively low (skill) level.