Newspaper headlines have announced the ‘return of the grammars’ and 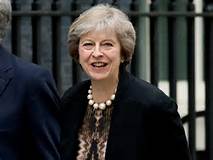 newspaper letters pages will invariably continue to publish harrowing accounts of the effects of selection on student well being and self-esteem.

But the 1944 tripartite model in which grammar schools occupied pride of place was a highly organised system, administered almost entirely through LEAs with children directed to a school on the basis of their performance in a nationally recognised, though locally organised ‘11 plus’. Under this system ‘failure’ was manufactured nationally and an inability to progress to grammar school usually meant accepting there would be little prospect of any real mobility in the labour market.

By contrast the current ‘internal market’ model has become like any other market, where in the name of ‘diversity’, schools, including those nominally remaining part of the LEA but also many still referring to themselves as ‘comprehensive’, use a variety of covert practices to select pupils and middle class parents are able to manoeuvre  to ensure they are more likely to secure places in ‘good schools’. Rather than providing clear passages into different sections of the labour market,   with approaching  half of young people staying in full time education until their early twenties, secondary schools are as much ‘positional’  rather than definitive,  a place at a high performing school only increasing the chance of further progress up the education escalator.

Free Schools have become the most recent but also the ugliest example of this educational ‘free for all’,   resulting in duplication of provision, but also –as is the case with Hammond’s first budget, enjoying priority funding while other schools face a cut.  It’s also in Free Schools where local entry codes are most likely to be abused and where those parents who are able, throw their weight around at the expense of others.

We won’t know the exact details about how schools can become selective until a White Paper is published, but it’s the current system of schooling, rather than reintroducing the tripartite system that May now wants to take to another level.  So campaigns against ‘the grammars’ will want to offer a wider perspective.  Rather than simply being defensive, they will want to include positive alternative policies for how schools as a whole should be organised and how accountability and local democracy can be restored – the current system is not the one that the post-war comprehensive school reformers fought for.