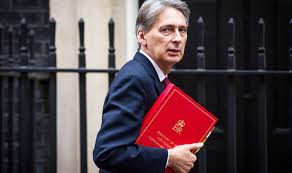 With young voters flocking to Jeremy Corbyn’s Labour in the last General Election  https://education-economy-society.com/2017/06/20/young-voters-flock-to-labour/ you’d think the Tories would have wanted to use this week’s budget as an opportunity to win back some lost ground.

But, as one disaster follows another, May and Hammond are just as desperate to shore up their existing support and so, unless you are London based, in a ‘career’ job and with parents able to stump up a large slice of a deposit (by itself, the change to stamp duty does nothing to improve a person’s ability to save) for a bargain £300 000 first-time buy,  there’s nothing that can  remotely help you refill the fridge, never mind pay off the overdraft.

The £350 increase in the level we now start paying income tax – worth about £70 a year, will certainly exempt a fair few from tax altogether, yet if full-time students in part-time jobs are excluded, only half of 18-24-year olds are in the labour market.

By comparison, there’s been a £1350 increase in the 40% income tax ceiling (it’s now £46,350). There’s no further moves on student tuition fees (May has previously announced an increase in the repayment threshold and Parliament voted down new fee increases) and no direct reference to the need to rescue apprenticeships.   https://radicaledbks.files.wordpress.com/2013/09/a-great-training-robbery1.pdf

While recent developments have shown that increasing spending on education and training won’t necessarily lead to better employment outcomes; some schools will welcome the increased financial incentives for increasing the number of students taking Maths beyond GCSE. But even here, the amount is modest (£600 a student) and many employer representatives now argue that it would be better to have a broader post-16 curriculum rather than the current specialist one.

Young people have been affected the most from the fall in living standards since the economic downturn http://www.if.org.uk/2013/06/21/new-evidence-shows-young-adults-have-suffered-most-from-the-recession/ and approaching a third are estimated to be living in poverty. Labour will want to put their interests at the top of its agenda.