Discussion continues about the employment 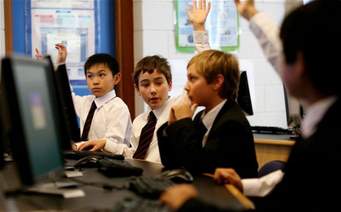 implications of Artificial Intelligence and robotics. If there is an emerging consensus, then it’s that there will be continued automation of ‘routine’ work   –particularly clerical, administrative and secretarial jobs in offices/banks for example, but that  ‘non-routine’ and  ‘personalised’ jobs, that are more difficult and more expensive to automate will likely continue to expand.

All this has serious implications for schools, colleges and universities. In recent months, both the Institute of Directors and the CBI have produced material that calls for a rethink of the school curriculum, with more of an emphasis on ‘soft’ skills like team-working and on ‘thinking skills’ – like ‘learning how to learn’ for example. Although employer organisations also continue to emphasise the importance of STEM subjects and improving standards in literacy and numeracy.

With a changing labour market, employer representative are probably correct to say there should be a more ‘generic’ approach to learning (though it’s less clear however, if specialist vocational education, such as the new Tech-levels, due to be rolled out from 2019 should be prioritised – as people are likely to engage in a wide variety of employment practices and move across occupational sectors, during their working life). The IoD has criticised the emphasis still placed on the transmission of subject knowledge, although stopped short of directly criticising the Ebacc, while the CBI has argued employers value positive attitudes and ‘resilience’ above formal academic qualifications. Compared with the high stakes testing culture that turns schools into ‘exam factories’ many teachers would also welcome this approach.

But employer organisations, governments and some educationalists paint a very rosy picture of the 21st century labour market however – as many of the new jobs are as likely to be low-paid service jobs, as they are highly paid professional and managerial roles. While its certainly true that more jobs will require ‘digital’ skills, this doesn’t necessarily mean that those doing them will need to be graduates in computer science, or even proficient in programming or coding. Thus, the Parliamentary Science and Technology sub-committee 2016/17 report, correctly highlighting the dangers of digital illiteracy, noted that 90% of new jobs would require digital skills ‘to some degree’.  In otherwords, rather than a plethora of well-paid jobs at the top, the labour market will continue to polarise or become ‘pear shaped’ – as a small technical elite breaks away from the rest. Even now, many employers report that the young people they recruit are more than competent for the work they do and in many cases, may be overqualified.

It’s also the case that while employer representatives criticise the over-emphasis on academic learning, academic qualifications awarded by top ‘elite’ universities will continue to have buying power for those who obtain them. In the eyes of many individual employers, Classics from Oxbridge will probably always suffice over Business Studies from a post 1994 university and many large employers admit to only recruiting from leading Russell universities. This shows that it’s the status of qualifications and institutions rather than the content of courses that continues to be most important.

As the number of higher paid jobs fails to keep up with the number of those ‘qualified’ to be able to do them, competition to secure prestigious qualifications and gain entry to prestigious institutions can only become more intense. But rather than leaving it to employers, education reformers and teacher unions should set their own agenda which, rather than merely emphasising the importance of new work skills, sets out the reasons for providing a good 21st century ‘general education’ for everybody as part of a new lifelong learning.