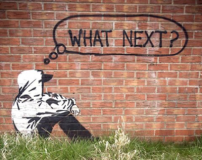 Last week Education Datalab published worrying statistics on the number of school students who had been taken off roll and failed to take their GCSEs – some 22 000 more would have been eligible for post-16 study this year.

Yet while young people may finish their mainstream secondary schooling at the end of year 11, it’s now a statutory requirement to continue within education or participate in some form of work-based training until the age of 18. But other data suggests that a significant number do neither of these. DfE figures for the academic year 2016 show only 88% of 17-year olds (1 in 8) remaining in full time study with another 7.5% learning in the workplace.

In the meantime, there were over 60 000 16 and 17-year olds classified as NEET, while out of 173 00 16-17-year olds ‘not in full-time education’ during the first 3 months of 2018, 1 in 4 were recorded as unemployed and approaching 1 in 3 ‘economically inactive’ – though this should not be interpreted to assume that they were not ‘working’.

If the obligation to participate in education or training is being ignored by a small but significant minority, it’s unclear how local authorities can enforce this. Or, with young people voting with their feet,  whether they should?