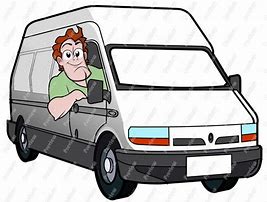 Statistical evidence suggests that as societies grow and become industrialised, with people leaving the land  for the town and city, self-employment decreases.  But as the chart below shows, during the last 40 years, a period of deindustrialisation in the UK, self-employment has been growing consistently. 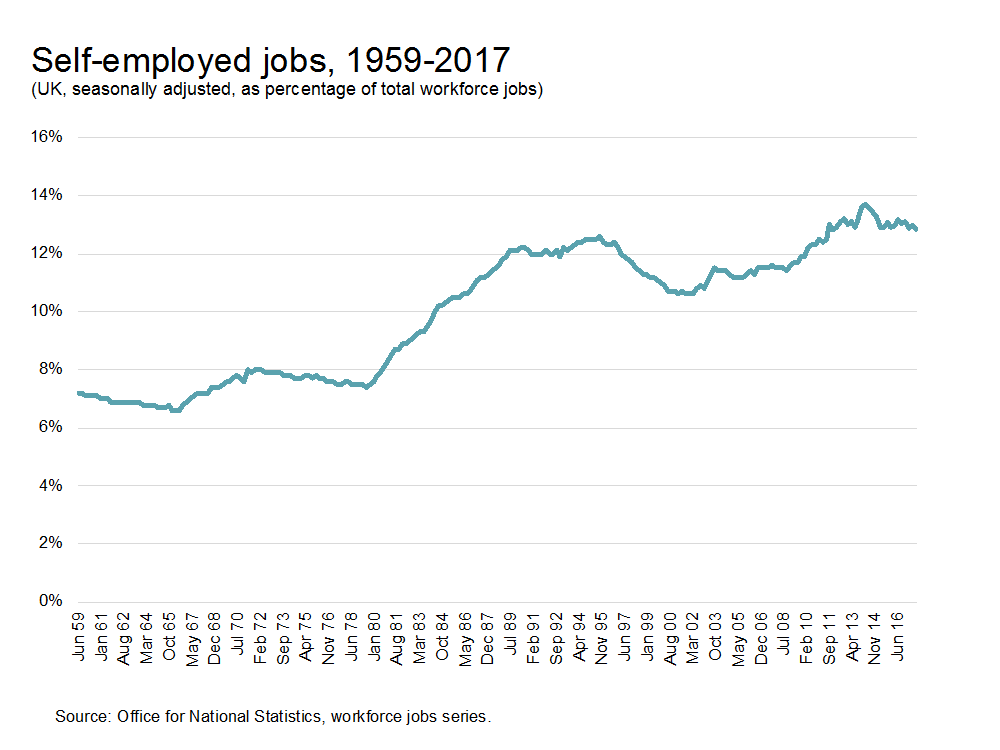 Modern management thinking glorifies the rise of self-employment – part of a trend towards ‘self-autonomous professionals’ and there’s certainly been a growth in the number of those highly educated working for themselves, particularly in London, where self-employment is highest and incomes much bigger.  But it’s also the case that ‘white van man’ has earned a notorious reputation, though RAC research suggests they have far fewer accidents than car, lorry and coach drivers.

As with the labour market generally, amongst the self-employed there is a clear polarisation. The TUC reported big increases in self-employment after the financial crash, but more recently there has been a rise in the number of women registering as being self -employed on a part-time basis (US figures show that child minders as the largest group of the self-employed).

Part-time working accounts for more than half of the growth in the self-employment share of all employment since 2001, and closer to 75% of the growth since the onset of the economic downturn. There are high rates amongst the over 65s, suggesting it’s a way of supplementing meagre income from elsewhere. Rates of pay for part-time self-employed workers are also considerably lower, particularly for women.

Of course, in addition to those officially declaring themselves as ‘self-employed’, many more are draw to the informal ‘cash in hand’ economy. The proportion of young people now turning to self-employment is already comparatively high, but many more, what ever their official employment status, will  get by ‘selling things on-line’.

As for white van man, figures suggest about 500 000 official delivery drivers, yet the RAC reports huge increases in the number of light commercial vehicles (LCVs) -– up from 2.5 million in 2002 to 3.3 million in 2012, with one in ten vehicles now a van and half of these being privately owned (almost all by men). In Britain’s precarious labour market,  not only  is moonlighting  increasingly the norm, but what labour market statistics don’t record is becoming as significant as what they do?