After a torrid debate about Labour’s spending plans, Angela Rayner has indicated  which of the Party’s 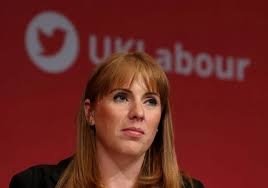 education policies will make it into next week’s Manifesto.

The Tories, themselves (at least officially) ditching the ‘austerity economics’ of George Osborne and Phillip Hammond, have continued to accuse Labour of ‘reckless’ spending. But as previous posts have argued, even though Labour’s intention to raise extra money by higher taxes on the top 5% is to be applauded, all governments have the ability to spend far more than they think they can on education and other services.

Rayner has committed the Party to 30 hours a week of free childcare for all 2 to 4 year olds and 1000 new Sure Start centres. Labour also says it will cut class sizes and scrap SATs for younger children,  having already promised to scrap university tuition fees and restore maintenance grants for sixth formers.

Responding to criticism that Labour’s proposed National Education Service only applies to schools, much of her speech was devoted to the importance of Adult Education and ‘lifelong learning’. Jeremy Corbyn has described education as ‘like an escalator running alongside you throughout life’ while Rayner herself is a product of Further Education and of ‘second chance’ opportunities for those who missed out the first time.

Under Labour’s plans, any adult without A-level or equivalent qualification can attend college to study for them for free. Every adult would also be entitled to six years of study for diplomas and degrees while workers would get the right to paid time off for education and training. For Labour, these policies are integral to restarting ‘social mobility’ but in automation and information based economies of the 21st century  where people are constantly required to change jobs and begin new careers,  it’s argued that life long learning opportunities to retrain are also essential.

We can support these policies even if we query some the justifications.  As we questioned the underlying assumptions of the Brown/ Blair ‘skills agenda, where  ‘education, education, education,’ effectively became a new employment policy,  we could dispute  whether with the huge productivity gains that automation enables, it will be possible to create enough high skilled/high paid jobs for everybody qualified to do them.

Instead of a ‘race against the machine’,  a shortage of employment opportunities may mean  people are more likely to have to race against each other, as the education system, rather than promoting upward mobility  becomes the equivalent  of a ‘downwards’ escalator where you have run faster simply to stand still.  We could in addition argue, that instead of the highly specialist  T-levels,  people need a more generic style of learning and a better ‘general education’.

We need to continue to debate these issues and to discuss how education can contribute to, while at the same time, not be held responsible for meeting economic objectives. But in the meantime,  FE and adult education  are areas that have been run down and largely ignored in recent years – the Tories have slashed funding for further education  by 47%  So in this respect and with the intention of putting Adult learning back on the agenda,  Labour policies are more than worth fighting for.

2 thoughts on “Labour puts Adult learning back on the agenda”