With their students unable to take A-level and GCSE exams this year, schools and colleges 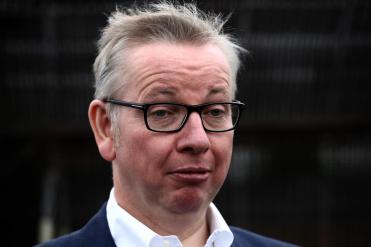 were asked ‘to use their professional experience to make a fair and objective judgement of the grade they believed a student would have achieved’.  This meant ‘providing a full range of available evidence when they graded students – including non-exam assessment; the results of any homework assignments or mock exams; and any other existing records of student performance over the course of study’.

Yet as has been the case with Scotland, this week thousands of A-level students are likely to find they have not been awarded the grades they wanted or their teachers submitted  – and that there has been substantial ‘downgrading’. Because of the way in which formal exams now dominate secondary education, their absence this year is  seen as the ‘problem’ –  but it wasn’t so long ago that using a mixture of assessment methods, including teacher assessment, was seen as a much fairer but also a much more professionally sound way of assessing students.

Any discrepancies between the grades that schools and colleges originally submitted are not due to the difficulties, let alone any inherent weakness of teachers’ professional judgements, or school based assessment.  Instead they are largely  the result of actions by Michael Gove,  who before going on to cause chaos  in other areas of public policy, was Secretary of State for Education in the early years of the Cameron administration.

Gove, more generally associated  with reintroducing traditional exams  for A-levels and GCSE at the expense of coursework and modules, also imposed a system of ‘comparative outcomes’ – where in order to maintain ‘standards’,  the range of marks but also the numbers who got them, would not be allowed to deviate significantly from the previous year. This year, not able to manipulate exam performance, mark schemes and grade boundaries, the authorities have used other indices like a school’s historical performance and  a student’s earlier results and where they are ranked compared to others in their class.

Gove wanted to stamp out what he considered to be the ‘grade inflation’ caused by previous Labour governments making exams ‘too easy’, but also the way in which exam boards deliberately awarded higher marks  each year to increase the number of registrations. It was certainly the case that more students had been getting higher scores, but it was never ever considered that rising levels of performance were because young people, faced with declining employment opportunities and and seeing attending university as the only way of securing their prospects,  were having to work much harder to  jump through the necessary hoops.

So, during recent years we’ve moved away from the idea of ‘formative assessment’ where a students grade reflects what they know, understand, the skills they have developed  and how they perform in different circumstances and returned to a ‘summative’ model, associated with  post-war selective education, where the performance of a student only has value, when it’s  compared to that of others. Unfortunately with education now one great sorting machine,  this year’s ‘mess’ over  grades may, in the eyes of  many young people,  only strengthen the importance of doing  ‘proper’ exams.

One thought on “Exam grade ‘mess’ – Gove’s legacy lives on.”