Remember the NEETs?  An acronym created by the Blair government and then used 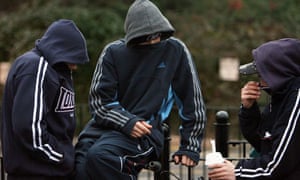 across Europe. Latest figures for young people Not in Education, Employment or Training for the first six months of this year, show 13% (more than 1 in 8) of all 18- 24’s in this category. Other research shows 75% being NEET for a year and a strong correlation with lack of educational qualifications.

Falling significantly since the financial crash, the number of 18-24 NEETs has remained pretty consistent for the last three years.  Only 40% of NEETs are classified as being ‘unemployed’, the rest being ‘economically inactive’ – currently  not looking for a job, or not able to begin immediately if one was offered.  Although these days, with changes in the nature of employment and the expansion of the ‘grey’ economy, declaring yourself ‘economically inactive’ does not mean you do not work – this maybe particularly the case with young people. Likewise many will be officially enrolled in some form of part-time learning.

There are still 60 000 16-17-year-old NEETs (just over 4% or 1 in 25 of the age group), despite the legal requirement to remain in either full-time education or some kind of training until 18. Once again, this might be an underestimation.  The most recent ONS labour market bulletin  figures show 213,000 of this age not in full-time education of which only 60,000 are employed, 33 000 are classified as unemployed and 120 000 economically inactive. Large numbers of 16-17-year olds also remain on school and college rolls, despite no longer attending.

All of these figures should change significantly as the furlough ends and unemployment officially rises. Like other labour market statistics they do not reflect the real impact of the Covid crisis and the lockdown on young people. There are long lags between real changes in people’s situations and their inclusion in statistical data!